What kinds of information do you need, how much, and in what format?

If you are looking for a little bit of information, or a discrete fact, then an encyclopedia, handbook or dictionary might do the trick. Don't spend hours looking for the boiling point of a substance when we have handbooks that will show you in a moment! We have more and more of these in electronic format, such as Access Science.

If you need magazines or newspapers, QuickSearch, Ebscohost Academic Search Complete and Nexis Uni include many of them.

Many people start out by using the interdisciplinary databases in the "Top Ten" list, such as Web of Science,  or by picking their subject from the list of databases under Databases by subject. For example, clicking on Agriculture generates a list including Agricola, CAB, Biological Abstracts, Web of Science, and others.

NOTE: some topics show up in more than one database. Articles about food security will show up in Food Science and Technology Abstracts, Sociological Abstracts, Criminal Justice Abstracts, and CINAHL, as well as in ProQuest Central, and others. Many of the databases will allow you to limit your search to "peer reviewed" or "scholarly" articles. These will more in-depth and of better quality than magazine or newspaper articles.

Visual aids and statistics support your presentation, paper or speech. They will often improve the audience's understanding of an issue and support your argument more readily than words alone. ArtStor is one possible source of images; many of these are already set up with permission given for educational use. Compfight.com has many images licensed under Creative Commons, which may be used with attribution. In most cases, you may not edit the images without permission. Be cautious about using images from the Internet that don't offer a Creative Commons license or give permission. That may be a violation of copyright. Almost everything belongs to someone. 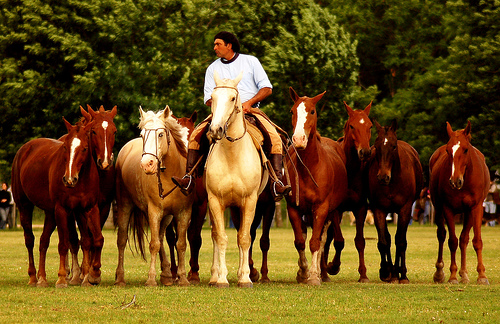 If you need to have electronic text of articles or other resources (esp. distant students or if you're working from home), many of our databases allow you to limit your search to citations that have the full text of the article attached.

When using any database provided by the Libraries, the user is responsible for observing the copyright laws of the United States (Title 17, United States Code). Students, faculty and staff should understand the fair use guidelines that protect scholarship and research.

Some Commentary on Sources

What's a Primary Source? Information in the Various Disciplines

What is considered a primary source varies somewhat by discipline. In any case, think of a primary source as first-hand knowledge, eyewitness accounts or testimony about _(whatever topic)_.

For history, a primary source is a letter, a diary, speech, lecture, piece of legislation, document or manuscript-- in other words, an original source which then forms the basis, along with other sources, of other, secondary work, such as a study of life in eighteenth century Ireland.

A narrative is "[A]n account or narration; a history, tale, story, recital (of facts, etc.)," according to the Oxford English Dictionary. In other words, a narrative is usually a personal account, by a single individual, of a period of time or an event.

In the arts, a primary source may be a piece of art, such as a painting or sculpture, a musical score, a poem, a book or chapter, or an essay--whatever is created by the artist, writer, photographer, etc.

In the sciences, a primary source is the first report of research; it may be published as a journal article, or sometimes as a research report or conference proceeding.

In some of the social sciences, such as anthropology, ethnography, psychology, sociology or social work, a primary source may be the first report of a piece of research, as in the physical sciences, or it may be something closer to primary sources in history, since some areas of these fields depend on direct observation, data, personal narratives or commentary, as from interviews or case studies.

A secondary source is based on a primary source or other sources. It includes analysis, criticism, or other intellectual input. Secondary sources include books, book chapters, articles, especially literature reviews, and some book reviews. Some bibliographies, if well annotated, are considered secondary sources.

A tertiary source is commonly a resource or tool that helps people find primary or secondary sources. Tertiary sources include most bibliographies, databases and indexes, and library catalogs.

What's gray literature? Gray literature is information that is usually not published for the general population, but available in limited distribution, typically to persons inside a company, a discipline, an industry, or a government sector. Examples include white papers, preliminary reports, brochures, handouts, working papers, notes, and so on. Some gray literature, such as in as scientific or engineering areas, is fairly well indexed and easy to find.