Resources for researching the culture and history of ancient Greece and Rome. 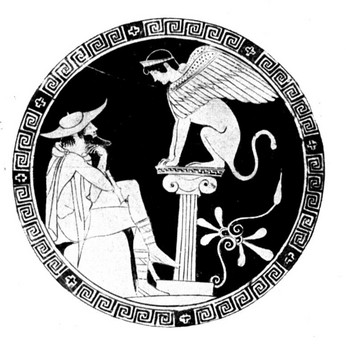 Try these searches in the library catalog

You can also search for specific characters, though not every classical figure will have an entire book devoted to their iconography:

Each volume in the set consists of two physical volumes:

Entries are arranged alphabetically by mythological name.  In most cases, both Roman and Greek forms are listed under the Greek name (example: Ares / Mars). If you cannot locate an entry, use the index volume; sometimes minor figures are included in the entires for more well-known dieties or mortals.

LIMC is international in scope and many entires are in Italian, German, or French.  Don't be discouraged if you cannot read these languages; you can usually puzzle out the sense the of the information by looking at the iconography.

Important archaeological digs can go on for decades.  Often the excavation reports are published over time in a series of volumes.

You can also find references to official archaeological reports in the Princeton Encyclopedia of Classical Sites.

Below are some excavation series in the University Libraries: